A long, narrow piece of property is usually difficult to build upon. A steep, wooded berm separated the building footprint from the road. The point of access to the site is thirteen meters above the garden´s lower edge.
Now a wooden bridge – which passes through a jungle of treetops – arrives at the building´s uppermost floor. Along the west side of the house a stream burbles down the hillside, fed by an old fountain. Starting from the basin at this spring, the water proceeds to a pond, where it overflows. It continues via a waterfall and channels to a cistern at the garden´s lower edge. The pond is contained in a gently curved basin of reinforced concret, the portion jutting out from the hillside creates a covered space beneath. The stones which were excavated during the construction are used for retaining walls, stairs, paving and the waterfall. 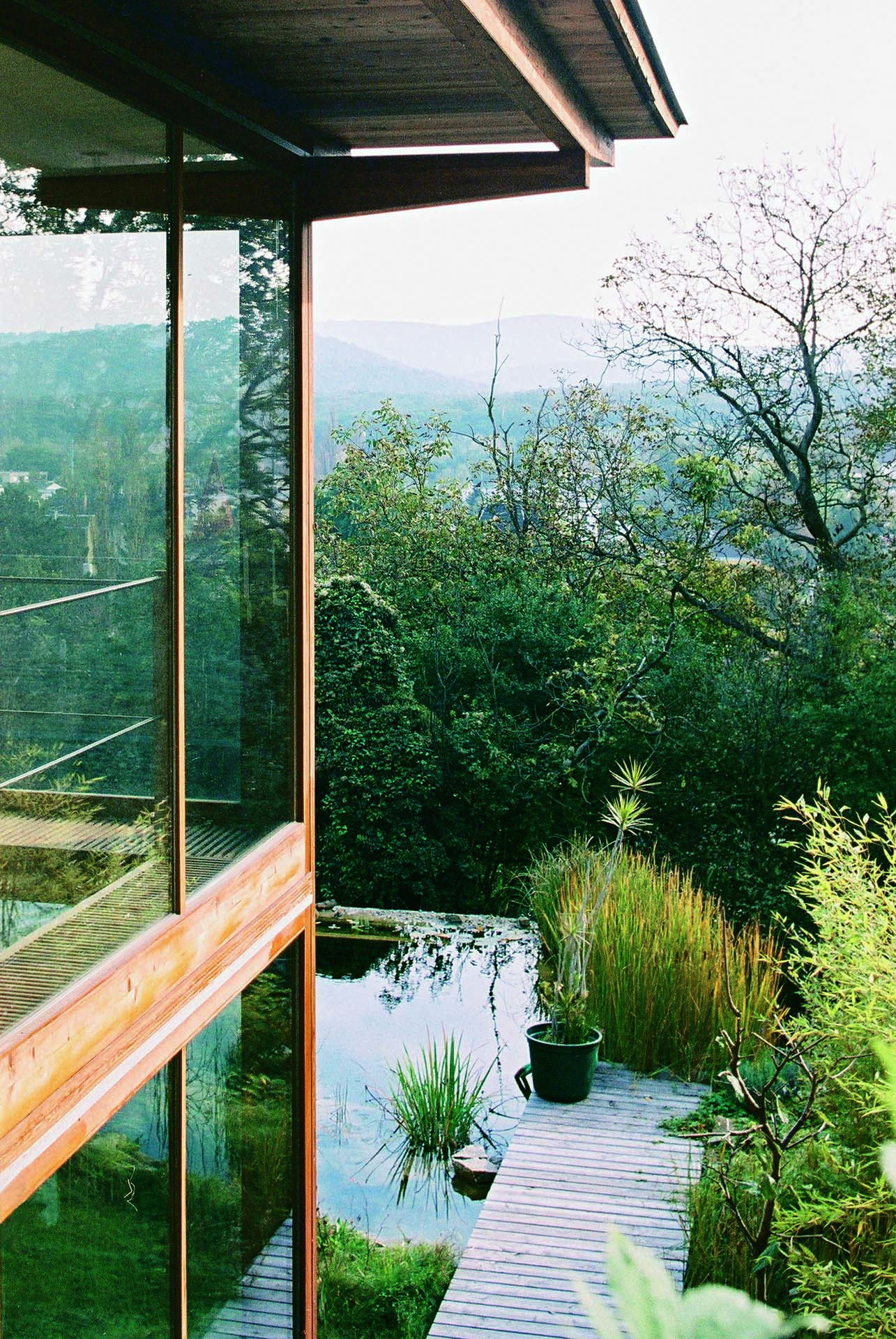 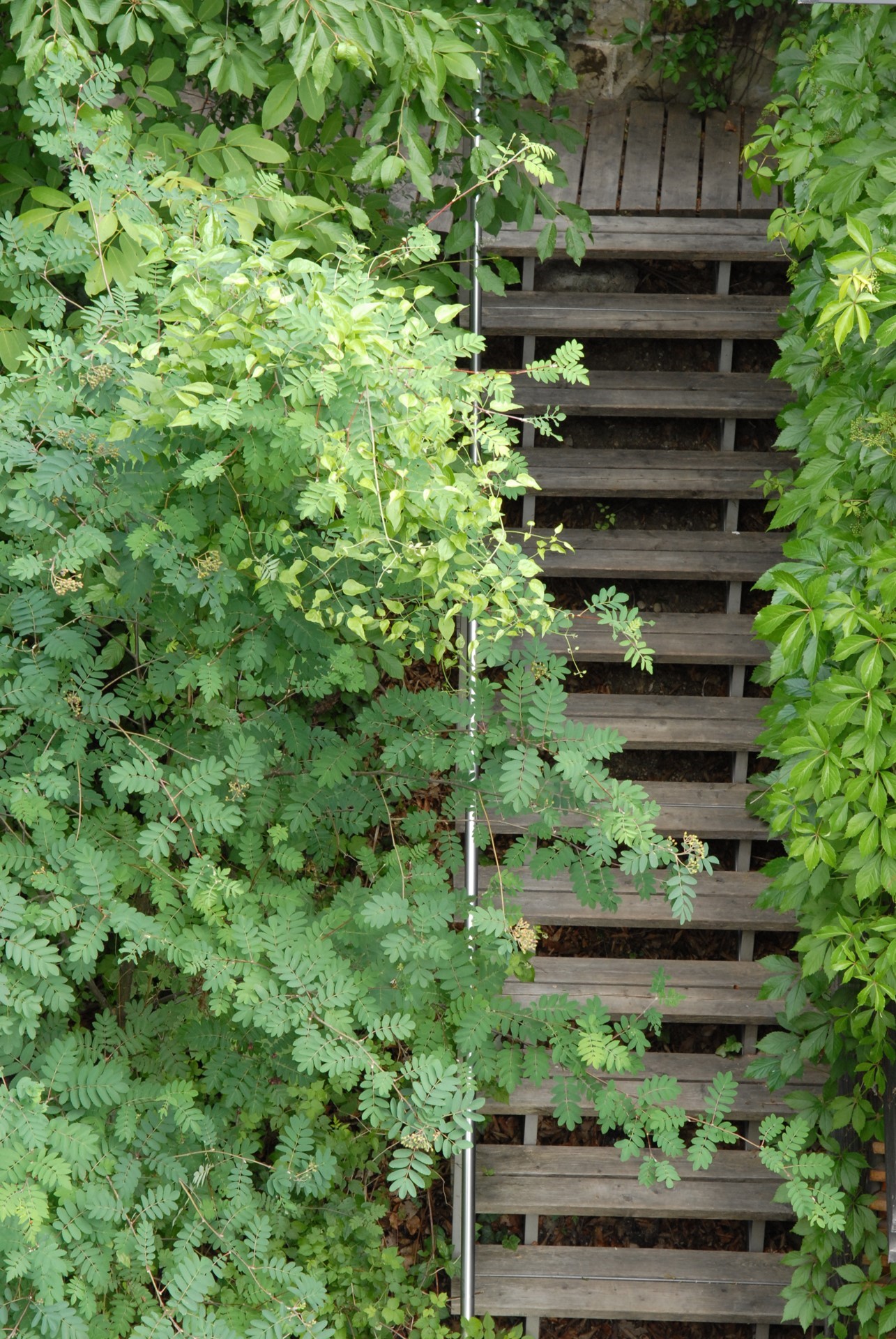